Jodetopia on: Game of Thrones – ‘A Girl is No One’

All Game of Thrones fans will immediately recognise the title of this blog post. Don’t worry – even if you’re not a fan, you’ll still make sense of (and hopefully enjoy) this post. P.S make sure you’re caught up to the most recent episode to avoid spoilers.

First up, I just want to explain how this post came about. Most of my blog posts are planned weeks in advance, but this one is something of an exception…

The inspiration hit me whilst making my morning coffee in the office. My mind started to wander (oh what a dangerous human process) and suddenly I found myself recapping the previous night’s episode of Game of Thrones. Arya Stark, played by Maisie Williams, has always really intrigued me as a character. If I’m being honest her story is one that I’d always struggled to comprehend (WHY does she want to be part of this uber mysterious face stealing cult?!) One thing my mind kept drifting to was the phrase that is being rammed into our heads in recent episodes: ‘a girl is no one’.

Quick update in case you’re not a GOT fan: Arya Stark thinks her family are all dead (some are, some aren’t), she witnessed her own father’s execution and is now on some crazy but painfully slow revenge mission (think Liam Neeson in Taken but over the course of like, a million years). She’s joined this cult where the ultimate goal is to become one of the ‘faceless men’ – they can change their appearance and shape shift into different people, basically. To get this ability, they have to pass loads of tests. Arya Stark is currently blind and having to prove that she is in fact not Arya Stark – she is no one, therefore can be anyone. She has to disassociate herself from any personal traits, emotions and ways of Arya to prove she is ready for whatever the next step might be.

So, I’ve got a really big problem with Arya’s current storyline and the phrase ‘A Girl is No One’. I’ve got quite a lot I want to say about this all so I’ll try and make it as coherent as possible. Soz in advance if none of this even makes any sense…

I know GOT is fictional, but I just can’t get over the fact they are literally beating Arya to a pulp as they make her say this demoralising phrase over and over. In previous series this character was built up as an emotionally and physically strong young girl, only now she is being emotionally abused in front of our eyes. ‘DID YOU NOT FOLLOW THE REEK STORYLINE?!’ I hear you scream. Well, yes, but I think the two are extremely different. ‘Reek’ was emotionally tortured as a prisoner – he had no choice in the matter. He could not escape and it was literally do or die. Arya however – she WANTS to do all of this. She WANTS to become no one. She is aware of her decisions and is constantly accepting and continuing the abuse.

Now, I don’t know about you, but I really don’t want this ideology to stick around. I pray that people abide by the 18 age restriction on the programme, but if you don’t, please consider this: Would you want your daughter to live by the phrase ‘a girl is no one’? Do you want her to think that a man or woman abusing her both mentally and physically is okay? Do you ever want someone to tell her she is no one?

2. A girl is ALWAYS some one

‘A girl is no one’. Really? Just think about that: no one. How downright depressing is that? So many girls nowadays struggle with self esteem – confidence is seen as a flaw and the pressure for girls to be a certain way is at an all time high. We need to be encouraging positivity, not batting people down and saying they’re no one. ‘You’re no one’ leads to ‘you’re nothing’ which leads to ‘no one cares about you’ and then ‘you might as well not be here’… it’s a downward spiral of demonising thoughts.

If I’m not Jodie then who the heck am I? Just a piece of flesh? Individuality is everything in the world. Literature, art, language – everything that makes culture what it is today would never exist without individual personalities and skill sets. Let’s be embracing individuality, not diminishing it.

Why was this storyline given to a female character? Why isn’t a boy no one? Why are the faceless men, well, men? Why is the ultimate goal to be a faceless man? With the fight for equality still ever so present in society, I really don’t think this was a wise choice.

It’s important to note that not everything that came out of my ‘A Girl is No One’ inner debate was negative, there are a lot of positive preach worthy points, too: she’s developing her skills (fighting) and growing as a young woman. She’s more in tune to her senses. Disassociation from her lust for revenge is probably mentally very good for her – an almost trance like state of peace, or the relief you get from letting go of a grudge. She is focused and determined to reach her goal. No matter what is thrown at her, she gets back up and carries on fighting.

Okay so, I kind of went off on a tangent. As long a s you can compartmentalise between fiction and real life then there is nothing to worry about. Sometimes it is just good to take the time to step back and think about the deeper elements behind issues and the effect they might have on our society. It’s good to think of things differently and challenge your own thoughts.

Take from this what you may, but I hope my thought dump was interesting to someone out there. Let me know your thoughts in the comments below! 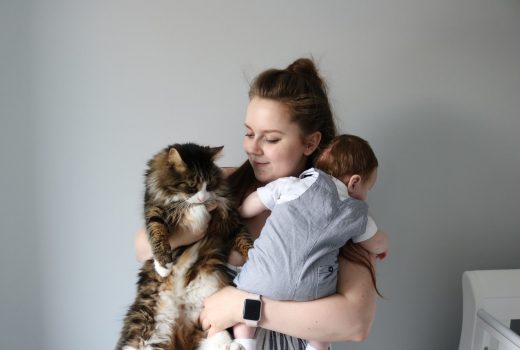 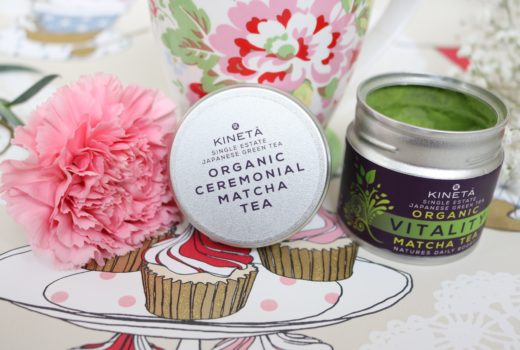 Just your average 24 year old girl trying to figure out this mum life. Welcome to my world & my utopia: Jodetopia.