New York with a baby: Travelling on the Subway – AD 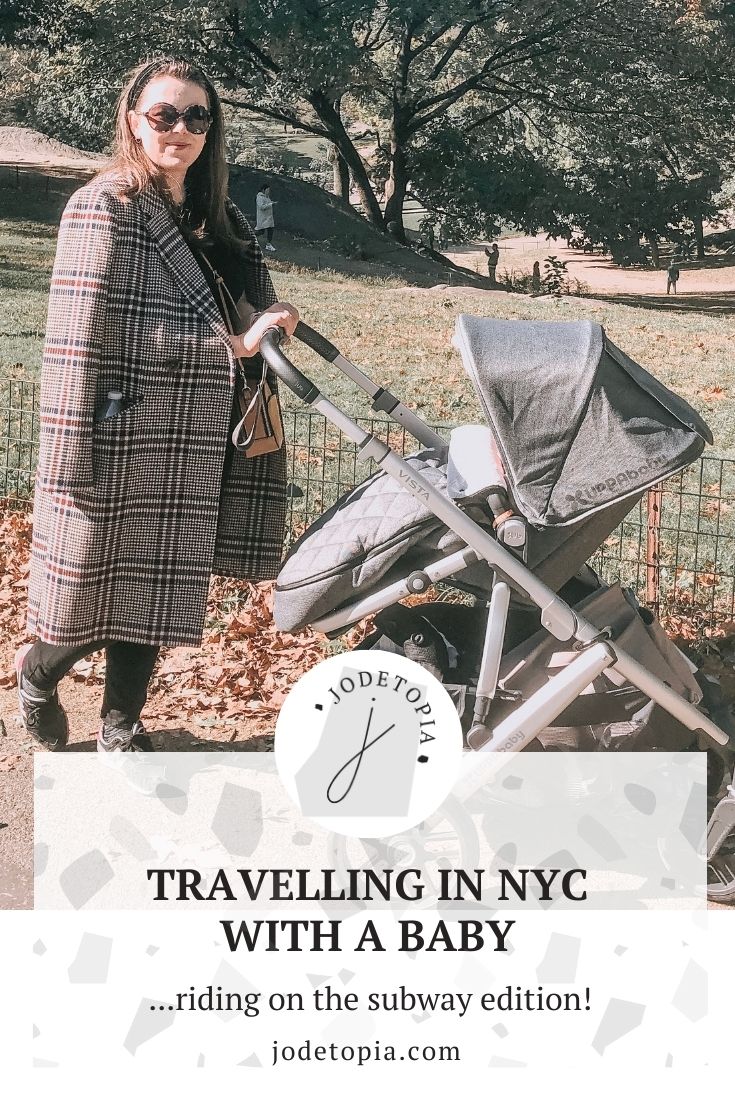 New York City: the big apple… the city of dreams… it’s a go-to, once in a lifetime destination for so many of us. If you’ve got a baby, you might think you need to cross it off your list – WRONG! I travelled to New York with a baby when my son was only 7 months old, spent most of my time alone, and it was a BREEZE. The most complicated thing was for sure navigating the NYC subway with a buggy, well stroller as the American’s like to call it, so I’m here to tell you all my tips and give you the confidence to visit New York with a baby and ride the subway like a pro… when we can travel like normal again, anyway!

How to travel in New York with a baby: here’s what you need to know

If you’re travelling with a baby, it can be a little tricky to navigate the NYC subway. Whether you choose a buggy or baby carrier, there’s a lot to think about (on top of the usual things we worry about as parents, like whether you’ve packed enough nappies and spare clothes?!).  At first glance it’s very different to the London underground, but it also holds a lot of similarities. So, other than the obvious pack light, take hand sanitiser and dress in layers memo, what else do I recommend?

Does your baby travel for free on the New York subway?

The short answer to this one is YES! Children under 44 inches (basically if they can walk underneath the turnstile) are free to ride on the subway. So, whether that’s a babe in arms, in a buggy or a toddling toddler, all you need to worry about are your adult tickets. PS – if you’ll be travelling a lot during your stay, it might be cheaper and easier for you to get a weekly metrocard.

If you’ve got an older toddler or child, why not let them familiarise themselves with New York before your trip using the Osmo Detective Agency game?!

The only stations that are guaranteed to be step free and have elevators, are those with a little blue wheelchair logo on the subway map, which represents accessible stations. I highly recommend downloading the ‘New York Subway MTA Map’ app on your phone to help you plan your journey around the accessible stations. It’s important to note that some stations are only accessible one-way… I found this out the hard way! So, if on the map it shows the wheelchair logo with ‘Southbound’ written in small blue writing next to it, that means only the southbound platform is accessible.

Also, one thing that took me by surprise was that in NYC,  the accessible elevators for the step free routes are often randomly placed and not signposted as well as they should be. You might, for example, have to go around a couple of blocks to find the elevator. Sometimes, they aren’t even inside a building, they’re literally just there on the side of a street flush with the shops next to them. Weird, right?

The NYC subway isn’t as deep underground as the London Underground, so any stations that are not marked as accessible will have some steps, however in most cases not TOO many – if you are travelling with someone else, or not afraid to ask for help, you can almost always safely carry your buggy up and down the steps, so try not to panic if you accidentally find yourself getting off at the wrong stop with no elevators. 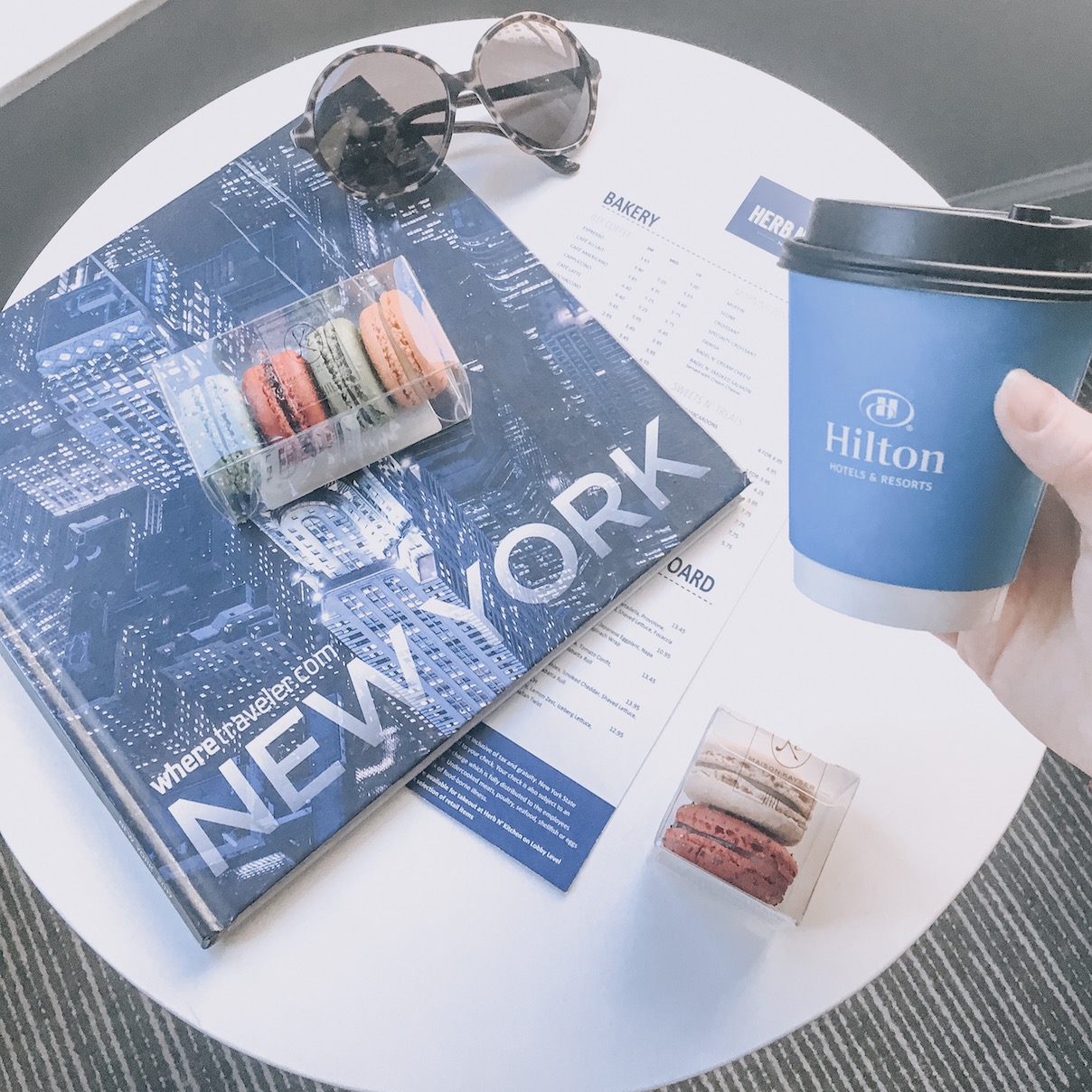 How to get through the NYC subway turnstiles with a buggy

In stations that are manned, this will normally be all of the accessible stations, you will need to approach the booth, let them know you have a buggy and ask if they can open the gate for you. They’ll then watch as you swipe your ticket through one of the normal turnstiles (so they can check you have paid) and then they’ll buzz the accessible gate so you can then open the gate and take your buggy through.

In unmanned stations, it’s a little trickier. Next to all the turnstiles, there will always be emergency exit gates. These gates only operate from the platform side – you cannot get through them from the station. In this case, you will need to leave the buggy near to the gate, swipe your ticket and enter the platform through a turnstile, and then go through the emergency exit gate without letting it close, grab your buggy, and take it through. I actually didn’t know you could do this until I saw a New Yorker doing it herself. It made life a lot easier, but is also a little risky, as obviously if you are on your own, then you are leaving your buggy unattended. I would advise if you are using this method, you take any high value items (and your baby!) through the turnstile with you so that if worst case scenario someone DID run off with your buggy, at least your prized possessions (and offspring!) are safe.

Get on the subway backwards

This one was actually taught to me by one of my NCT girls back home, but it’s definitely applicable for navigating the NYC subway with a baby, too. Turn around and get on the subway backwards – it’s a lot easier to lift and pull the buggy across the gap between the train and the platform than it is to lift and push.

Put your break on!

The NYC subway is a LOT more rough and tumble than the trusty London Underground. Make sure you put your buggy break on and hold on to your buggy tight! I definitely recommend getting a wrist strap for your buggy if you don’t already have one.

New Yorkers tend to be very caught up in their own goings on – you are in a bustling city centre full of tourists and workers after all. The tourists are excited about the fact they’re travelling in New York City with Voyage Privé and the workers are busy and in a rush. During rush hour, the subway is MANIC. Similar to the London Tube, it’s a ‘squish as many people on as possible’ scenario. We accidentally travelled during rush hour once, and my best advice (other than: don’t do it!) is SHOUT at people if you need to. Don’t be afraid to yell at people and say ‘CAREFUL! THERE’S A BABY! STOP PUSHING’. Most times, the people pushing to get through the doors can’t physically see your pram, or they’re too busy on their phone that they don’t realise there’s precious cargo. You might get a few dirty looks of ‘why have they got their pram on the subway in rush hour? Stupid tourists…’ but mostly you’ll probably get a lot of smiles and murmurings of ‘aw, cute baby!’. If there’s enough of you, stand around the pram to create a sort of ‘barrier’ between the pushing people and your bubs. Strictly speaking, rules state you’re meant to fold up your buggy whilst travelling on the subway (similar to how they expect you to fold it up in most NYC restaurants), but I’d like to hope this rule applies more to toddlers taking a seat up than it would a young baby. 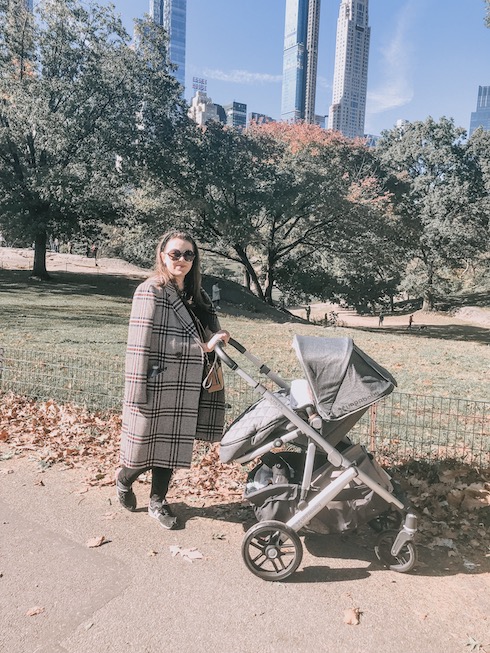 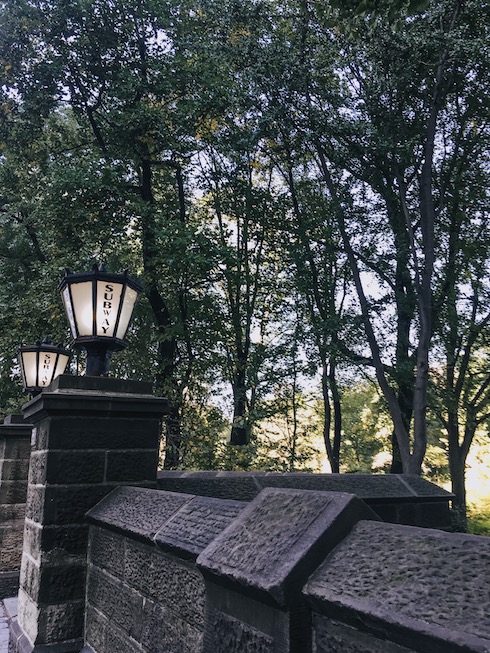 Don’t be scared to ask for help

You might think New Yorkers are stereotypically mean, but they are more often than not more than willing to help – especially if they see a mum and a baby in need! On a few occasions, when travelling solo in New York City with my baby, I needed help, and every single time it was either offered to me (as I must have looked a bit confused and hopeless!) or politely given to me when I asked. On one occasion, another mum took me with her for the whole route from street to platform in Grand Central Station – they had renovation works in place so the usual step free route was out of action, but she knew the back route to get there and took me with her. I would have had about an hour and a half walk to my sister’s apartment if she hadn’t helped me! Also: Americans LOVE British accents. Put your best posh voice on as you ask ’Hello, I’m so sorry for bothering you, is this the correct platform for 50th Street?’.

If you’re travelling in New York with a baby, people might assume you’re a local

It’s a little unusual to travel to NYC with a young baby as a tourist – it’s not really the done thing. So, don’t be alarmed if other tourists ask YOU for help! Nearly every journey that I travelled on the subway, I was treated as a local. It felt quite good towards the end of the trip, when some panicked tourists on the C train thought they’d messed up their trip to Brooklyn Bridge and I was able to help them out by telling them to follow me and get off at Fulton Street and then it’ll be a short 5 minute walk to the bridge.

The overriding answer to the question I tend to get most often, ‘is New York baby friendly?’, is YES! If you follow my tips above, then whether you’re turning 21 in NYC or travelling to New York with a baby, you’re pretty much guaranteed to have a good time. Enjoy! 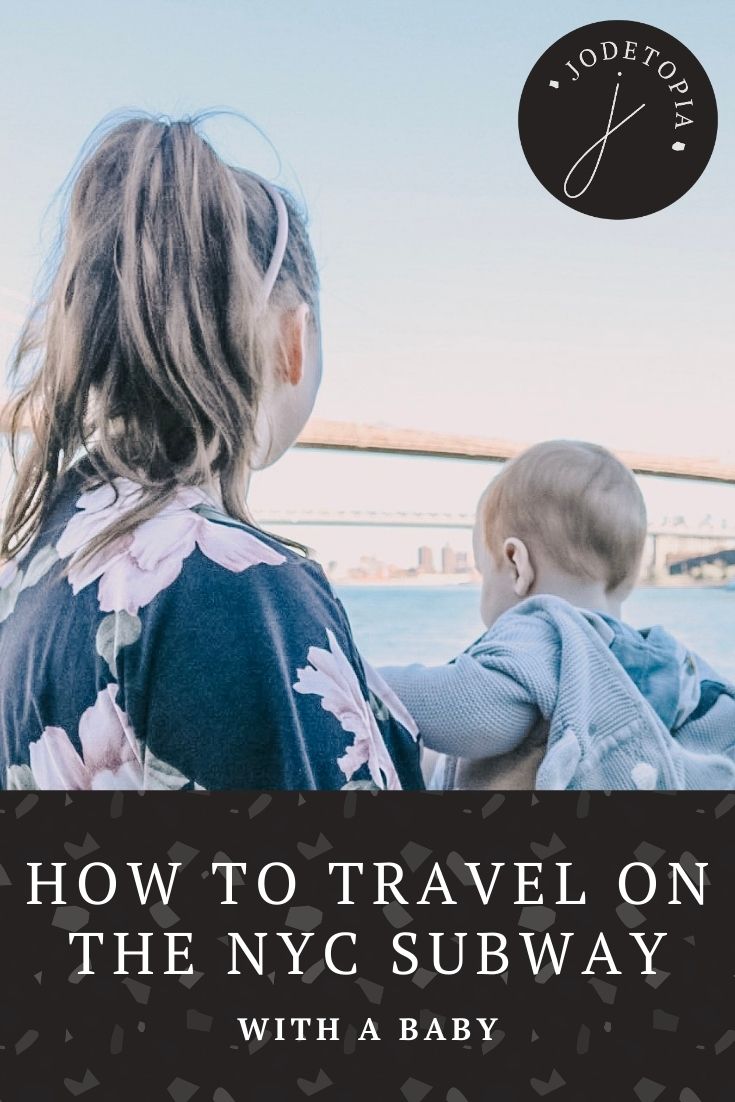 The Travel Diaries: Turning 21 in New…

First Hotel Stay with a Baby –…

Formula Feeding Essentials – Everything You Need!